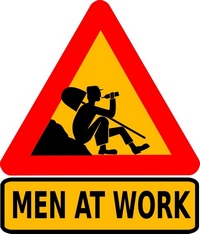 UPDATING being undertaken in October 2020

What was (probably) the most extensive list of links to web sites about Land's End to John O'Groats cycling trips on the net was Ian's Ultimate Links List that, sadly, disappeared in about 2011.

The content had been copied without permission - I tried to contact Ian from the Ultimate Links several times but received no response.

October 2020 - withe Cycle : End-to-End website moving to a new server and update software I have checked all the links on the original list and deleted those that are no longer live and moved many to The Journals (retaining the Ultimate List number) which is indexed and searchable by title [This process is not yet complete]

If you have a journal, or your previous entry is live elsewhere, please let me know through the ENQUIRY/CONTACT form.

Entries that have been received after 20 March 2009 - are in the Library with a new number sequence starting at 501.

257. Very Nice People - George & Ben start at Land's End in boxer shorts and rely on spontaneous generosity for everything else to complete the trip!!

256. FILE DOWNLOAD  Bike in a box from Tasmania - More of a Solo camping tour of Britain, including 3 Peaks & LEJoG!     Just get on your bike and do it! - Done on a Moulton - Opens as .pdf file

246. Kipperonabike - A very quick kipper, who entered Scotland on the 4th day of the LEJoG!

134. GalFromDownUnder's End to End - In 1997 on a Bike Friday folder and camping. The main site galfromdownunder.com is worth a read too - Lynnette has been cycling ever since her End to End

51. September 2000 Trip by Tandem - Ken & Linda Hardy have done a great site about their trip