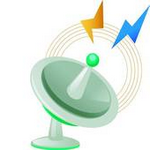 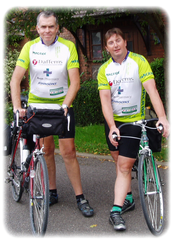 Much less wind (weatherwise), warmer too. Passed Serpent Farm where they cultivate snakes in the grass. Last night's stop had lovely rooms, big breakfasts and a superb laundry service - thanks to the Old Cow Shed nr Bromyard. In Ludlow now, we were going to use the French Pantry cafe but they can't spell licensed.

Sent from the Mercian's handlebars by

Church Stretton for lunch. Hedgerows in full bloom: woody nightshade, cow parsley, campion and early foxgloves.
Passed an "organic" carpet outlet called Moral Fibre; didn't go in there was something lacking.
Onwards to Shrewsbury after lunch. Two endtoenders just appeared who passed us back in Cornwall - eat your heart out Aesop!

Sent from the Mercian's handlebars by

A great day of riding with all the lumpy stuff out of the way before lunch at Church Stretton.
But - headwind then all the way to our overnight at Whitchurch - somewhat tired now.
--
From Rob's handlebars

At Severn Bridge Services having coffee with friends Peter & Jane who are riding the downhill version, JOGLE.
--
From Rob's handlebars

In brief : headwind :-(((
Stoking up with Gloucestershire sausages & mash.
--
From Rob's handlebars

Tough day into the wind. Great to meet Peter and Jane going the other way. Through Chepstow to Lydney for lunch. Never spent so much time riding on the hooks.

Serious headwind for the whole 80 miles ... tough.
Now in pub with beer & steak.
--
From Rob's handlebars

Good news the yellow sock lost by Rob has been found in the landlady's daughter's bedroom!

Day 2 was the toughest day of cycling I've ever had over 5600 feet of climbing. Eat and slept well though.

Over into Somerset now.