In May 2011, 6 brave men will cycle non-stop from John O'Groats to Land's End to raise funds for Youth Options. They hope to achieve this feat in less than 75 hours and beat the celebrities who cycled for Sport Relief in 2010.   You can make a donation at  justgiving.com/Chris-Allcock

A tailored service is now available from Cycle : End-to-End - a route can be created taking in your preferences and benefitting from our knowledge and expertise - be that a simple list of towns to pass through, or a complete page-by-page route map ready to use - and, of course, the option for gpx files - all for a modest fee.

Use the ENQUIRY/CONTACT form to make an enquiry

Received a message from CTC :  . . . due to the time taken to develop new routes and to negotiate CTC member discounts with hotel chains along the routes we are now looking at publication in Autumn 2011

Don't forget that you can get a set of Route Sheets (14 routes) right now from the  ONLINE SHOP  here on the Cycle : End-to-End website for just £5

It would seem that the "new guide to the E2E" promoted in the CTC Cycle magazine in December 2010  is "delayed" until the end of March 2011 (and appears to be just a re-hash of the existing "E2E Pack" )     Disappointing.

Apologies to those website visitors who have asked me whether  a) it is available, and  b) whether they can buy a copy through this website.  I'm hoping that when something is available CTC will agree to a link from this website. 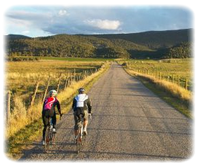