The Directory needs you!

The Directory of Accommodation and Cycle Shops will only work if riders submit establishments ... if you have stayed at places that you think would be suitable for other riders, or used a cycle shop please tell us (there are quick to complete forms) - we'll contact the establishment and do the rest.

Cycle End-to-End is creating a resource for cyclists .... please help! 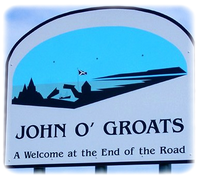 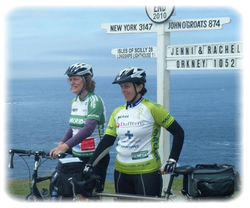 See the Laydeez item earlier .... heard from Jenni today on the phone - all going to plan but wet, wet, wet has precluded the planned camping and forced them to B&Bs.  Currently at Tebay in Cumbria, pretty much on their planned schedule.

There have been suggestions that the site provides listings and/or recommendations for accommodation, cycle shops and perhaps other services   . . from experience this is difficult for several reasons : places come and go, one person's view of quality and value will vary widely from another's - and most importantly, the resource to be of any value has to be current and accurate, if it isn't then the site loses credibility.

However, I've bitten the bullet and The Directory has been created, ready for submissions from riders (see the submission forms) - it's now live but depends on riders and establishment proprietors to supply the recommenations for entries and the detailed content. 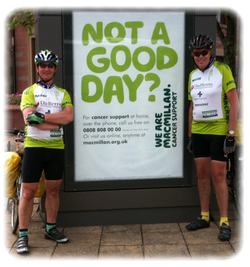 Rob the webmaster was riding LEJOG with Jon .... we're back (that was on 21 June 2010, this article has just been moved from the Home page) but you can still read about our progress with the "From the handlebars" feature with  the link on the menu.

Riding along lost in my own thoughts a few ideas for enhancements to the site came to mind ... keep an eye on development.  Here's the first new thing : To create a Directory of accommodation and cycle shops needs YOUR input - see the Submission Forms under The Directory