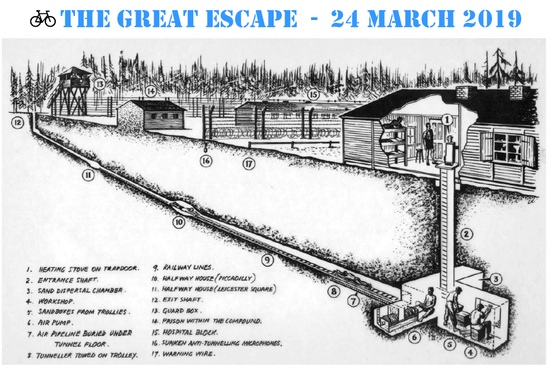 In late 2018 I was asked by the Director of the RAF Spitfires Rugby 7s team, Squadron Leader Tim Barlow, if I would help them plan a cycle ride* and drive the support van from Zagan (Sagan**) in Poland - POW Camp Stalag Luft III - back to the UK.  March 2019 would be the 75th anniversary of The Great Escape and the ride, as a fundraiser would be part of the Commemoration Ceremony at the site of the camp. 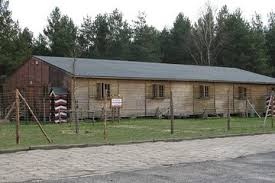 The story of The Great Escape is well-known in factual terms and also, of course, the film (that seems to be a Christmas TV perennial) . . . one of these showings Steve McQueen will manage to jump the motor-cycle over the fence!

Tim had been involved in a history project that recreated one of the prison huts at the Stalag Luft III museum at Zagan [Picture, right]   The plan was that the Spitfires, together with a contingent of serving RAF personnel would travel to Zagan for the ceremony held in conjunction with UK, Polish and German dignitaries.  Then the cycle ride home - The Home Run - was to reflect the challenges faced by the original escapees and, as a “forces development” project (and a bit of a jolly) to create a documentary that showed the RAF both with its place in history and also as being “cool and trendy” in today’s digital world – the objective being to get to a younger audience via YouTube, Facebook etc.

I planned the route and created .gpx files (cycling sat nav) which started at Stalag Luft III in Poland and crossed Germany (the former eastern sector) via Colditz (where we stayed the night), the Moehne Dam, Germany as we know it today, Holland, Belgium and into France before traversing another tunnel and finishing at Faversham where Shepherd Neame the brewer and the sponsor of the Spitfires team is headquartered.   Along with the mapping I provided some guidance on cycle spares and packed my bag of tools and spares.

Sunday saw the ceremony which was really quite moving - after some speeches from various dignitaries, some rousing music, national anthems, firing of blanks and a couple of fly-pasts the RAF personnel in "Number One" uniform marched slowly along the old camp road before the roll call of the 50 escapees that were murdered by the Gestapo on direct orders from Adolf Hitler.  [76 escaped, 73 were captured (50 of them were shot) 3 got home]   50 RAF people each stepped forward as the names were announced, holding a framed photograph of the named person.

There is a Polish made film of the ceremony on YouTube CLICK HERE [Film opens in a new window, or scroll to the end of the page for a live YouTube link] - it's a bit sombre with the victims' names overlaying most of the film.

The ride started on Monday morning in bitterly cold rain and wind and on indifferent road surfaces . . . . but it did get better!   The team on the bikes at any one time varied between 5 and 8.

Rather than give a day-by-day account of the ride there is a YouTube film CLICK HERE  [Film opens in a new window, or scroll to the end of the page for a live YouTube link]

Some photographs - and we really did stay in Colditz Castle, it's been converted to a cross between a hotel and a youth hostel together with a school of music. 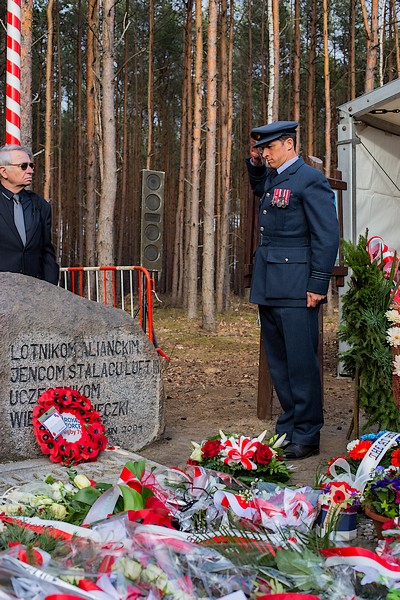 Tim Barlow having laid a wreath. 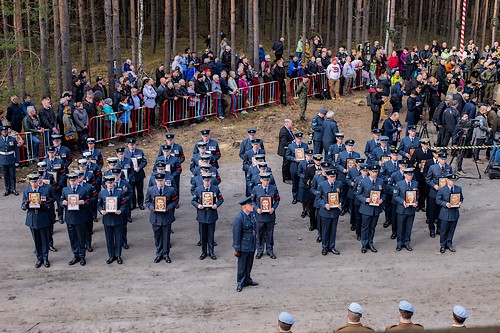 The RAF personnel with victims' photographs 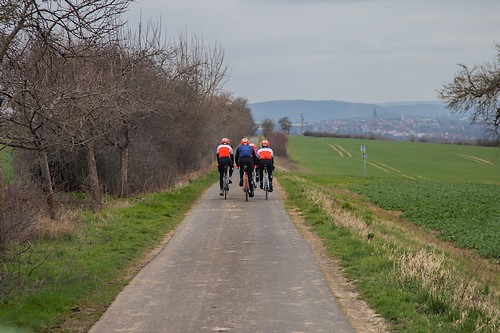 One of the quieter lanes in Germany 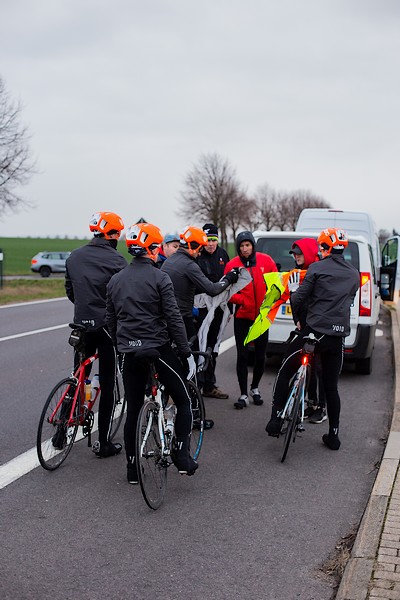 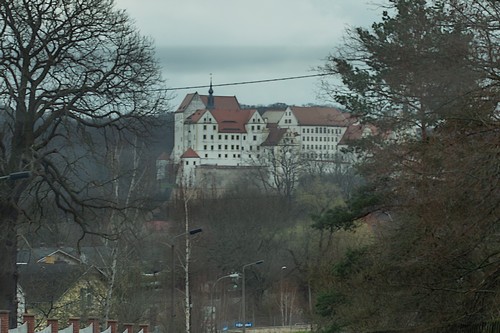 Colditz, it really is as forbidding as it looks - we escaped. 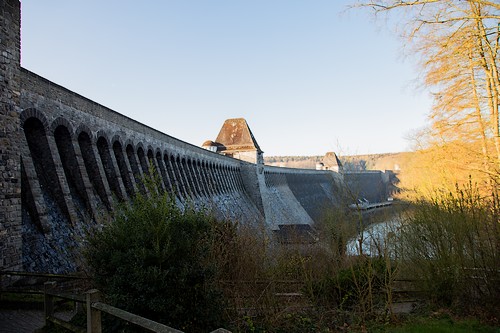 The Moehne Dam (Repaired since the Dambusters Raid!) 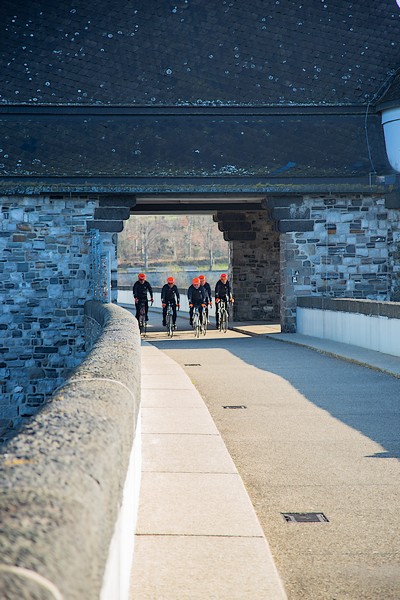 Riding across the Moehne Dam 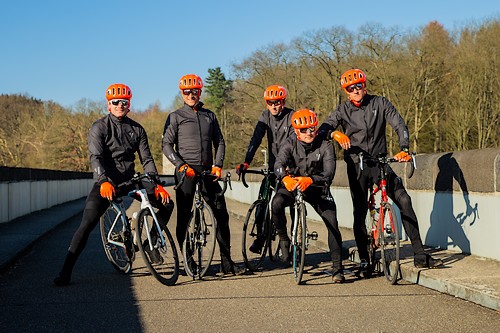 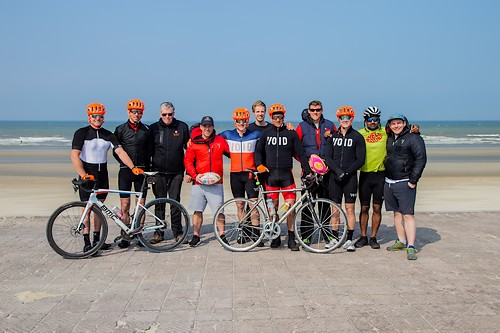 The whole team on the beach at Dunkirk 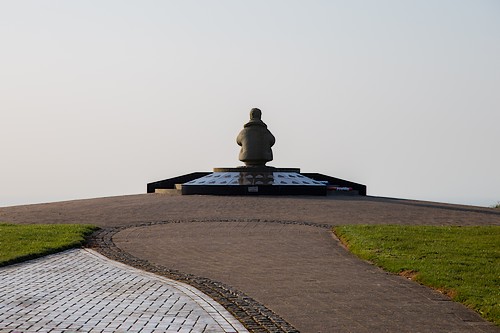 The Battle of Britain Memorial at Capel le Ferne (Folkestone) 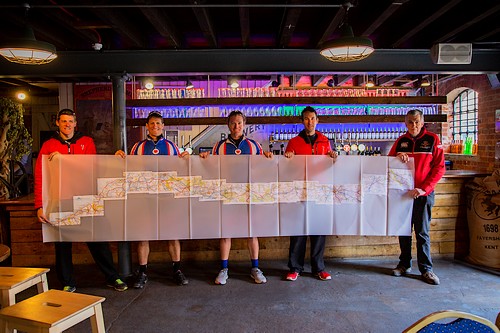 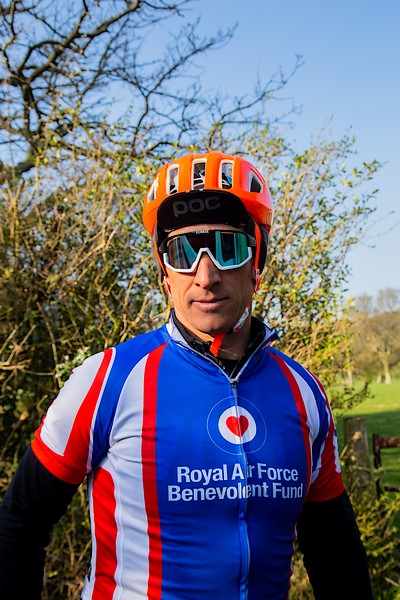 * I had undertaken a similar role in September 2015 when the Spitfires did a cycle ride around some of the Battle of Britain sites in Southern England - on Brompton folding bikes.
** Sagan was formerly in eastern Germany which, when the borders were amended after WW2, became Poland and the spelling changed to Zagan